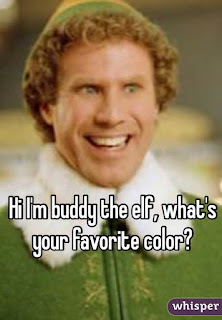 This post develops a rant that I posted on Facebook earlier today. During the morning I had 4 calls from a claims farmer. I have a Truecaller App on my phone which told me that it was an Accident Management Company. So, I didn’t pick up. For anyone who is interested the number was  -
01619745964.

When the 5th call came I gave in to temptation and picked up.

A very pleasant caller asked me how I was today, which was very nice. He then launched into his script about the accident I had etc etc. I was trying to think of a witty retort, but I went for the angry approach. I told him that I not had any accident and that I objected to being cold called. He sounded genuinely hurt. He said that he wasn’t cold calling. He was just trying to help. I asked where he got my number from and he replied that he had found my details on the 'national accidents database'. I told him that I had been a lawyer for over 30 years and there was no such thing. He then became aggressive and told me that I was a liar!! I asked if he was in the habit of cold calling people and then insulting them. The call ended at this point.

This is not the first time that I have come across a magic database like this. A few years ago, when hearing loss claims were all the rage, I was told that my name was on a register. This was a register of people who had worked in noisy factories! Not much of register seeing as I’ve worked in an office all my life.

It seems that these callers are required to include an element of fantasy into their calls. Honesty is clearly insufficient. Is it me or is getting worse? I seem to get 2 – 3 calls a week. Does my phone number look particularly gullible? All of this is happening at a time when ministers and the media continue to blame victims of accidents for the mythical compensation culture. Surely the time has come for victims, insurers, genuine CMCs and politicians to focus all of their effort where they belong – removing these leeches from our justice system.

When I posted a shorter rant of Facebook I received lots of comments about how best to deal with these callers. The best response was from a friend who said that she once gave the phone to her 5-year-old who proceeded to interrogate the caller about toast and Star Wars…

Posted by steve cornforth blog at 18:44 No comments: