Insurance Premiums and other fantastic tales

One recurring theme of this blog has been the relentless attacks on victims of motor accidents by the insurance industry and their friends in government. The constant justification for this has been that car insurance premiums are too high and that so called ‘reforms’ will benefit all of us.

“These proposals were advanced in a consultation exercise which closed on 4 January (2013) and, together with wider civil law reforms, are intended to make lawyers’ costs proportionate, and create an environment where insurers can pass on savings to their customers through lower premiums.”

It is fair to say that there has been some scepticism surrounding these claims. Back in 2013 we saw huge cuts in the amounts of legal costs recoverable by victims. Even then a representative from LVI said -  ‘premiums have already come down and we might see about 3% but - “I’m not hopeful of much more” ‘

In August 2013 we saw the report of the Parliamentary Committee on Whiplash Claims. This mentioned the familiar question of reductions in premiums –

‘We recommend that the Government explain how it will monitor whether or not motor insurers honour their commitment to ensure that any cost reductions resulting from proposed legal reforms are passed through to consumers in the form of lower premiums.’

Into 2014 the ABI were still going on about a ‘whiplash epidemic’, despite growing evidence that the number of claims was dropping. In other words – don’t expect any drop in premiums while there is still this mythical epidemic!

In April 2015 we were warned that motor premiums were going up! And they were going up because of dodgy whiplash claims. This announcement was made in the run up to the General Election when we all had our minds on other things –

Part of his reasoning was that this would see a reduction in motor premiums. He even put a figure on the saving that we could all expect. He said premiums would come down by about £3-£4 a month. Did he know that he would not be around long enough to justify his claims!

So where does that leave us today?

We have over 3 years of attacks; cuts and rhetoric that makes victims look like criminals. Surely we must start to see some savings.

In fact it is the opposite.

The Times has recently reported that premiums have in fact gone up by a fifth in the last 12 months. The report, covered by Legal Futures, went on –

“It suggests that the overall cost to the insurance industry of these claims has dropped from more than £4.1bn in 2013 to £3.6bn last year. Motor insurance prices, however, have actually risen over the past 12 months.”

So has the penny finally dropped?

Those representing claimants have been banging their heads against the wall trying to get this message across. The cuts have all been about maximizing the profits of the insurance industry. No serious commentator has ever expected any benefits to be passed on to drivers.

It is a shame that it has taken this long. But let’s hope that the government will now stick to its word.

The ‘reforms’ were built on a lie.

There was never any real chance that we would all get cheaper insurance. The government should now say enough is enough. Now is the time to roll back the cuts.

Posted by steve cornforth blog at 09:30 No comments:

Justice for victims. A game of snakes and ladders? 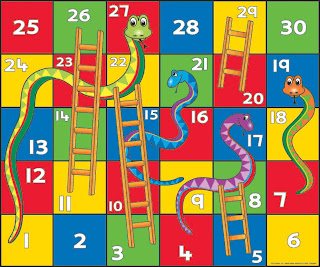 Litigation is becoming more and more like a game of snakes and ladders!

Earlier in the week I posted an article on EAD’s website about the Third Party (Rights  Against Insurers) Act 2010 that finally came into force on 1st August 2016. That Act makes it possible to lodge claims directly against the insurance companies of defunct companies –

Although it will be a few years before victims see the full benefit of the act it is certainly a positive development and rare piece of good news.

So this was one of those ladders that don’t take you very far but at least keep you moving forwards. That is always the moment when you hit that scary snake that takes you right back to where you started. The ‘snake’ in this case it is the proposal by Companies House to destroy of the records of dissolved companies after 6 years rather than 20 years.

This does not sound particularly earth shattering. But it could change everything for victims of work related diseases. Such diseases take time to develop. I once acted for a man who had developed mesothelioma caused by asbestos exposure. He had first been exposed in the 1940s when working on the construction of railway engines. Asbestos related illnesses take many years to develop and it is a rare case that does not go back to the 1980s.

Workers who suffer from noise induced hearing loss have normally been exposed to high levels noise over a long period of time, often with a number of different employers. The same goes for vibration white finger, asthma etc. An essential part of the work is to build up a work history.  A search will be lodged with HMRC to obtain details and dates of employment. These searches themselves take over a year but that is a rant for another day! But you still need to carry out company searches to identify the status of employers, their correct title and, in many cases, insurance details.

To limit the search to 6 years will remove one of the most important resources available to victims and their advisers. There is no logic to this or any justification. Why should the families who have lost loved ones because of exposure to asbestos at work be deprived of justice. And that is what the result of this will be.

This is a shocking proposal which should be opposed by anyone and everyone!
Posted by steve cornforth blog at 10:46 5 comments: