Is this a strike off too far?

I have often talked about the catastrophic consequences when a solcitor makes a mistake and then tries to cover it up.

In a very sad case, a solicitor of over 20 years’ experience, and an apparently unblemished career has been struck off for dishonesty. This was despite the fact that nobody had been misled.

Geoffrey Hart acted for a friend of his wife in connection with a Personal Injury Claim. The claim succeeded and she was due to recover £48k after costs were deducted. The client persuaded him to write to her advising different terms. This was to enable her to persuade her ‘controlling’ husband that she had received less. Mr Hart duly wrote two letters. The first advised that she would receive just £30k. The second advised that payment had been made.

The solicitor soon realised the implications of what he had done and told his firm. The letter was recalled. It was never seen by the husband or anybody else. He made to attempt to hide or to justify his actions.

He was reported to the SRA by the firm.

The case proceeded to the SDT which heard that Mr Hart had been under considerable pressure. His wife had suffered a miscarriage in the past and he knew that they would have difficulties having children going forwards. The client had shared that she had had a similar experience. This had clouded his judgment.

The tribunal found that he had been deliberately dishonest and failed to meet the ‘high standards of the profession’. He did not contest the decision, nor did he argue that his difficulties constituted ‘exceptional circumstances’.

I have to say that this seems to be a very unfortunate outcome. He agreed to write fake letters which were sent to the client, who knew exactly what he was doing. He soon regretted his actions. He was fully open with his firm. The problem was rectified, and no damage was suffered. Notwithstanding this, his career is now finished. What else could he have done?

In fairness, he did not strongly oppose the outcome and you wonder if it would have been different if he had done.

What this does show, is that dishonesty of any sort is likely to lead to a strike off. That will be the case even if the solicitor does all they can to rectify matters and no harm is done. Whatever pressure you might feel under, you just do not go there. It is a red line that cannot be crossed.

It is also a reminder that you should, if possible, avoid acting for a client where you have any personal connection.

Conservative Manifesto - whatever happened to justice? 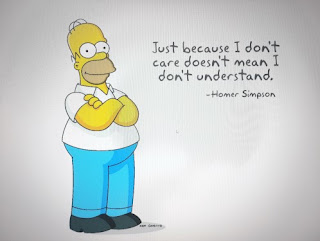 We are well and truly into the General Election Campaign season. The major parties traditionally compete for our votes on the basis of – anything you can do; we can do better. That has certainly been the case this time around until we get to the crucial matter of our justice system and in particular, access to justice.

The Labour Party’s proposals have been modest, compared with of the rest of their manifesto, but positive. They have pledged to reinstate legal aid for early advice in key areas such as housing, debt, immigration and family law. They have also promised to develop a network of law centres –

The Conservative Party manifesto, sadly, demonstrates their contempt for our justice system. On legal aid and access to justice there is an almost deafening silence. They promise to get around to it at some point.

On Criminal Justice there is a familiar populism. They promise 20,000 more police officers and a ‘fair justice system’ that stands for the law-abiding majority.  In other words, they will be tough on crime. The problem is that they have no plan at all about how to address our criminal justice system that is in a state of collapse. Defendants, witnesses and victims are waiting years for trial dates. Cases are not adequately prepared because of a lack of resources within the CPS. Every week, courts are sitting empty due to a lack of judges –

All MPs were sent a free copy of the Secret Barrister’s – Stories of the Law and How it is Broken. Has Mr Johnson read it? If he has read it, has he not understood it? If he has understood it, does he simply not care. Hence the reference to Homer Simpson! Unless these fundamental problems are addressed, then these are empty promises. In fact, they are worse than empty, they are dangerous.

What about Civil Justice. We are going to have a Democracy Commission!! This will look at ‘updating’ the Human Rights Act. This has been a familiar refrain from the Conservative since the Act came into force. Unless they want to take us out of the European Convention on Human Rights, they cannot change it.

There is also the anticipated reaction to the unanimous Supreme Court decision that the PM acted unlawfully when he prorogued parliament. The manifesto promises to ensure that judicial review is not used to conduct politics or create unnecessary delay. This is another way of saying that they will do all they can to ensure that the law is not used to prevent them from doing what they like, when they like!

For those who are interested the whole manifesto is here-

And that, as they say is that. The law will become even more broken – possibly beyond repair.

But they will get Brexit done…honest…

The latest round of nonsense about the Human Rights Act 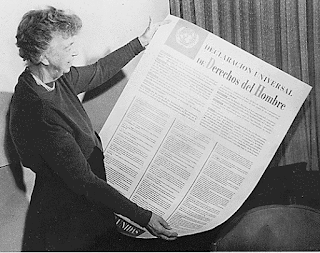 There are many areas of our legal system which are crying out for reform. For starters, there is the almost total collapse of Criminal Justice with hundreds of courts sitting empty due to a shortage of funding. Defendants, witnesses and victims are waiting years for cases to be concluded. The Government’s answer is to pile on even more cases with no additional resources –

Then there is the increasing scandal of Access to Justice being systematically eroded by cuts in legal aid funding with important areas like Housing Law being described by the Law Society as 'catastrophic’ legal advice deserts.

As we approach the December election, what does the Government have to say about this? Nothing. But they have dragged up one of their favourite subjects – The Human Rights Act. Today they have pledged to ‘amend’ the Human Acts 1998 to prevent ‘frivolous’ prosecutions of members of the armed forces. They could not be more inaccurate if they tried.

The Human Rights Act 1998 is relatively short. Its purpose was to bring into English Law, the rights enshrined in the European Convention on Human Rights. The UK was the first country to ratify the Convention, in 1951. For those who like history here is a brief lesson –

It did not create any new rights. It gave our courts jurisdiction to hear cases arising from the Convention.

You can’t take away rights contained in the Convention without amending the whole thing. You can’t do that unilaterally! All that you can do is opt out of it altogether. This would isolate us from every nation in Europe apart from Belarus –

In short, it is nothing to do with the Human Rights Act.

The Government say they want to change the Act to prevent prosecutions of soldiers. The decision to prosecute is made by the Crown Prosecution Service. If they think that there are reasonable grounds to bring criminal proceedings, then that is a mater for them. Is the government saying that a member of the armed forces who commits a crime, thought by the CPS to justify prosecution, should be immune?

The reality is that no change in our law is required. There are enough checks and balances to ensure that there are no ‘frivolous’ prosecutions.

This is an unfortunate gimmick to earn tabloid headlines.

There is no attempt at all to address the real problems that are dragging out system into the ground.