Another career lost - seeing the wood for the trees


I have lost count of the number of posts that I have written which concern solicitors who have seen their careers brought to an end through misguided efforts to cover up a mistake. Today’s case is unusual because it involves an experienced solicitor who might have been expected to know better. Michael Maoileoin had simply recorded the wrong date for a court hearing. He had diarised the 14th and not the 4th August. Who hasn’t done that? Rather than admit what had happened he filed a statement with the court asserting that a document had been filed in error. The truth eventually came out – it always does. The unfortunate Mr Maoileoin has been struck off at just 50.

His explanation to the Solicitors’ Disciplinary Tribunal was that he had been under stress at the time. The SRA told the Tribunal that stress and pressure were occupational hazards.

Harsh as it sounds, that must be right. Lying to the court is only ever going to end badly. I have said this over and over again – an early acknowledgment of a mistake can save a lot of worry and in some cases can save a career. It is so sad that a professional person can get into such a state that rational thinking goes out of the window.

So how do we manage the pressure?

Here are five tips from a blog that I posted a long time ago on how to practice law and sleep at night.
It is not a comprehensive list but might be helpful –

1.     In the famous words of Michael Jackson - You are not alone. Find someone that you can talk to – it is so easy to be isolated in your little cell. Surrounded by files, emails, deadlines, telephone messages, meetings. To get into that mindset that says ‘I have no time to speak to anyone’. You have. And if you haven’t then make it. 20 mins speaking to someone will get you hours of payback in avoiding sleepless nights. It is a truth universally acknowledged that a problem is never anywhere near as bad when you talk to someone about it. Especially someone who has been there, which if we are honest is all of us! Speak to someone. Right away. Turn your computer off and go and do it now.
2.     Be generous in giving files away. That file that you are scared to look at. The one that has been festering by the side of your desk so long that even the spiders won’t go near it. Give it to someone. It won’t go away on its own. If you can’t look at it, find someone who can. Many solicitors have a file swapping arrangement. I’ll give you mine; you give me yours. Don’t hog matters to protect your bills. You can be far more productive by liberating yourself. Don’t be scared of being criticised. You won’t be. You are more likely to be told – ‘Leave it with me and while you’re there can you look at this one of mine.’
3.     See the wood for the trees. It is never as bad as you think it is at 3.00am. The world will not end. I’ve been a lawyer since 1st April 1980. I have had more 3.00am moments than I like to admit – especially in the early days. Guess what? I’m still here. I’m still alive. I have got to an age where I can say. ‘Phew oblivion never happened.’ It was never going to and never will.
4.     If you need to – confess. If you think the worst has happened – you've missed a deadline and can’t think of a way out. Then tell someone. Today’s is just the next in line of those nightmare cases where lawyers have tried to cover up and been struck off because they were scared to own up. No one was ever struck off for admitting a mistake. Partners, supervisors, insurers will never bite your head off for coming clean. And if they do they shouldn’t be in the job. It also means that it is no longer just your problem. Get it out there and do it as soon as possible. The consequences are less scary than you think and much less stressful than waking up at night or even jeopardising your hard earned career.
5.     Get a life. Don’t get sucked into that bubble where your legal world becomes all consuming. Being a lawyer is what you do. It is not who you are. See your work as part of your life but not everything. Develop interests and friends outside the pressure cooker. I support Everton. That can very stressful and cause sleepless nights. But it is something different. I love music and photography. I also waste far too much time on social media!

Don’t ever be silent or isolated. Speak to me if you have no-one else!

LASPO Review and other lessons in missing the point 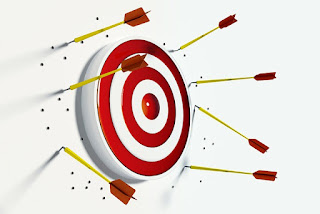 In April 2013 the Government introduced the legislation which we all know as LASPO. So dramatic were the changes, that two phrases in common usage are now Pre-LASPO and Post-LASPO. As far as Access to Justice is concerned the world was never the same again.

There was fierce opposition to the ‘reforms’ almost all of which fell on stony ground. The Government promised a review after 5 years. So we have all been on the edge of seats waiting for April 2018 to arrive. Sadly, the review is not happening any time soon. We were told that it could be  done by the summer but this is now described as ambitious –

This is the first of a series of posts looking at this document and how those of us who are concerned about justice can most effectively respond.

The Terms of Reference remind us of the objectives for the ‘reforms’ published in 2010, the first of which was –

To discourage unnecessary and adversarial litigation at public expense

Looking at that statement eight years on it is remarkable that it managed to miss the point by such a huge margin. The most effective role played by Legal Aid was not the funding of litigation, but avoiding litigation in the first place. Let’s look at Housing Advice. Most people believe that all Legal Aid has been abolished. It is available for those who are at risk of losing their home, although this is not widely publicised. Even where legal aid is available there has been a relentless pressure on providers leading to legal aid deserts, according to The Law Society –

Many housing problems can be sorted if addressed early. Experienced lawyers, and other advice agencies, can contact landlords and local authorities, provide debt advice and in many cases resolve the problem before it gets out of hand. This is particularly important where cuts to legal aid have been imposed alongside changes to benefit entitlement. The right to legal aid is now so convoluted that you cannot get legal advice for help over rent or mortgage arrears. But you can get legal aid once there are possession proceedings.

Effective early advice is less expensive than representation at court. Is there a more effective way to - To discourage unnecessary and adversarial litigation at public expense?

If the government remains serious about this objective then it needs acknowledge that it is better for all if problems are headed off at the pass before litigation become inevitable.

A former justice minister and QC, Lord Faulks, once observed that litigation was – ‘very much an optional activity’. Sadly, fighting for your home is not the same as collecting stamps or birdwatching. But stressful and expensive litigation can often be avoided if people can get access to prompt professional advice.

This should be a primary objective of the review whenever it happens….

Posted by steve cornforth blog at 10:25 No comments:

Personal injury Work - there is another world out there 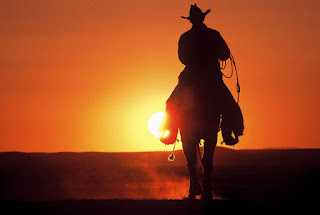 A leading player in the world of Personal Injury finance has predicted that within a few years there be only be about a dozen firms specialising in this work.  The rest will, presumably, ride into the sunset or retrain in corporate finance...


This is the prediction of Steve Dinn of Doorway Capital which has recently hit the news with their investment in Simpson Millar. I do see his point. The introduction of the so called ‘reforms' to the PI sector in 2019 will present a major challenge to many. I would certainly agree that the market will look very different in a few years time. There will be a reduction in the number of major providers many of whom have found themselves in difficulties. But there is more to the world of PI then these monoliths. It would easy to believe that these firms are the only providers of PI work.


Back in December I predicted that there was likely to be a re-grouping in the sector driven by a growth in the number of smaller, niche providers –


I have worked with a number of firms – more than 12 (!),  which are realistic about the challenges ahead but have no intention of leaving the marketplace. Big might be beautiful but it also expensive and often cumbersome. I predicted in December that we will see smaller, trimmed down units with lower overheads which will adapt to the changes and grow. This will happen alongside the continuing development of social Media Marketing and remote working. We might even see a return to the old idea  local solicitors.


There will be those who do not adapt and could well fall by the way. But to talk of wholesale failures and exits is unrealistic. There is a whole world of small, tightly managed firms which will continue, albeit with tighter belts and lower expectations!


I have no doubt that companies such as Doorway are very much the experts in the high end world of legal services. But there is another world out there. With a lot of planning and willingness to change, these smaller providers will still be around for years to come.
stevecornforth.com
Posted by steve cornforth blog at 10:23 1 comment: