Personal Injury 2018 - some thoughts and predictions! 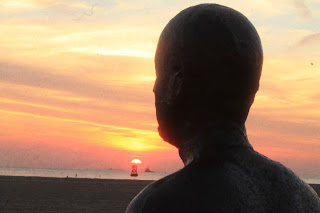 As the sun goes down on another year, we all look forward to what lies ahead. I will make some resolutions that will last a day or so. I also like to predict what lies in store. I normally predict, with great confidence, that Everton will win a major trophy. Read into that what you want. With that in mind, here are some thoughts for 2018!

1.     By the end of 2018 we will know with some certainty, the date in 2019 when fixed fees will be introduced for Personal injury and Disease Claims. This will largely follow the recommendations in Jackson’s July 2017 report including the Intermediate Track and the four bands – with disease cases becoming subject to FRC but at the highest band. NIHL Claims will be subject to the costs and procedure agreed between Claimants’ and Defendants’ representatives and approved by Jackson. Clinical Negligence cases up to £25k will become subject to some limited form of FRC following further discussions between representatives of each side. My hunch is that April 2019 will be the date but it could even fall to October 2019. I wouldn’t rule out 2018 but neither would I put money on it.

2.     I expect there to be a regrouping of the Claimant PI sector with a growth in the number of smaller niche firms. Ever since the 2004 Clementi report there has been a consensus that big is best. But big is also expensive with many hungry mouths to feed. This will happen alongside a revival of the old style high street practice with less dependence on CMCs and a greater emphasis on local marketing and passing trade. Firms who downsize and control expenses will actually be better equipped to manage the inevitable changes, with some consolidation and then organic growth. This flies in the face of most commentators who predict that many firms will fall by the way and that we will be left with a small number of mega providers. I think some smaller firms who fail to adapt will struggle. Bigger firms will also struggle. Growth from grassroots will in my view be an exciting an unexpected outcome. All of this will happen alongside the relentless march of Social Medial and Robots (see below)

Alongside the above there will be a continued growth in the number of ABSs, particularly in the RTA sector. It will certainly make commercial sense for hire companies and repairers to develop their legal work from within. This is more likely to be based on a smaller grouping of providers working together rather than the huge monoliths which have failed so badly.

4    One factor driving a move towards smaller entities providing PI work will be the ever-accelerating power of Social Media and Artificial Intelligence. Social Media platforms provide quick and affordable marketing to a huge potential audience. I was a Conference in 2016 at which someone from Google stated that YouTube was the world’s second largest search engine –

Videos are easy to make. Video marketing lends itself to a person-centred approach which is very suitable for smaller units, which emphasise a closer client/lawyer relationship. Client communication will also change dramatically as emails fall in use and messaging apps such as The Link App come to the fore.

I recently used LISA to draft an Non-Disclosure Agreement . It took less than 15 minutes to produce the document which required little amendment. This is one example of a trend which will continue to grow at great pace.

As all of this progresses throughout 2018 I think more individuals and smaller firms will say –‘With all of this happening, I can provide a good service, earn a reasonable living and have a life’. I am already in contact with lawyers who are thinking along these lines.

Firms who traditionally did Fast Track PI work will continue to diversify into Multi Track PI, Disease and Clinical Negligence where there will be some scope for targeted marketing as the influence of CMCs fades. The firms who focus on excellence and professional service can do well. The current trend for Holiday Sickness and Cavity Wall claims will play a role for a year or so but probably have a limited shelf life.

Further reforms to litigation costs will find their way on to the agenda. QOCS needs a complete overhaul. Any system under which Defendants can only recover their legal costs by proving fundamental dishonesty on the part of the loser is bound to end in tears. This needs a root and branch re-think. Will this lead to a move away from any recoverable costs to be replaced by Damages Based Agreements and an increase in the level of compensation? I think that this will certainly be discussed by the end of the year - for good or for bad.

So, these are my initial thoughts for 2018. Some may disagree. I would love to discuss! It promises to be a busy time, a time of much upheaval but also a time of some optimism for those who can see change as an opportunity rather than a threat.

Missing a deadline - ending a career?

There seems to be no let up in the number of stories concerning lawyers who throw their careers off a cliff to try and cover up mistakes. The most recent, concerns the signing of documents.

In a case reported in Legal futures last week a solicitor had missed a deadline for exchange of witness statements and then went to drastic measures to try and cover up the mistake. Of course, the insurers have used the incident to suggest that lawyers are involved fraudulent claims. In fact that is not the case here. But it is no less serious for that.

Since the decisions in Mitchell and Denton, the exchanging of statements has become a more serious matter than it used to be. The court rules say that oral evidence cannot be called from a witness whose statement is not disclosed or is disclosed late. This is the sanction for the breach.

But it is still capable of resolution. Although there it can be an uphill struggle, there is still a right to apply for relief from sanctions.  The worst possible outcome is a claim of the firm's indemnity insurance policy. It can be a difficult moment when a solicitor has to confess to a supervisor that a mistake has been made. There might even be some sleepless nights. But ending a career is a far more serious thing.

In this case the solicitor told a colleague to copy the client’s signature from other documents, trace over them in Biro and remove the date of the statement of truth. All of this was soon found out. The solicitor lost her job and was recently struck off by the SDT. Yet again, we have to ask ... why??

Is it more embarrassing to confess a mistake then to face the Disciplinary Tribunal and its consequent publicity? Is the temporary discomfort of sharing the mistake really worse than the months of anxiety that accompanies disciplinary action?

The poet Steve Turner one wrote –

History repeats itself
Has too
No one listens

Here is the lesson for lawyers. If you make a mistake, tell someone. Mistakes can be rectified. There isn’t a lawyer who has never got something wrong. We are human. The sharing of a mistake is the beginning of the resolution. Burying it can mean that your career will be buried with it.

Here is the lesson for law firms. Cultivate a culture of openness and support so that anybody who finds themselves in this situation can be open, honest and assured of support.

Posted by steve cornforth blog at 11:56 No comments: