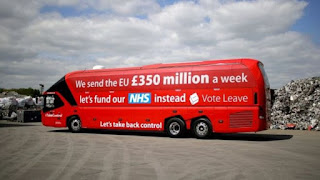 There has been a lot of poorly informed comment from politicians and the media in relation to the decision to issue a summons against Boris Johnson following his famous £350m statements during the EU Referendum Campaign. The most popular criticism is that the court is not the right place for discussion of political issues. Some of the comments have bordered on the hysterical.

‘This stupid, muddle-headed judge has made a fool of herself and the law.’

Journalist Andrew Pierce tweeting as @toryboypierce weighed in with –

‘The place to argue political points is not in a court room. Politicians must be able to put their points across without the threat of legal action.’

I think most people would agree with that comment if it was relevant in this case.

So I think we need to look at the issue in a bit more detail and with a bit of common sense. For those who are interested the full judgment of District Judge Colman is available at –

This was a preliminary hearing in a case where a member of the public wishes to bring a private prosecution against Boris Johnson. The judge was required to decide if this was a proper case to allow a summons to be issued. She was not there to make any decision on guilt or innocence. She was not there to make any findings either against him or for him. She was deciding whether the case was one that should be allowed to proceed. She had to be satisfied that the essential ingredients of an offence are prima facie present. There are 6 questions to be addressed which go back to the 1970s -

1.       Is the alleged offence one that is known to the law? The answer is clearly yes. She also had to decide if the essential ingredients of the offence were arguably present. At different times he was Mayor of London and an MP, both clearly public offices. She was not there to decide whether he had done anything wrong, only that there was an issue to be decided,

5.     Is the application vexatious? This is important. If the prosecution was simply a stunt to try and avoid Brexit then the application could have been blocked at this point. The judge heard long and detailed representations from experienced QCs on both sides. Her finding was that there was no ‘political purpose’ behind the proceedings. The case relates entirely to Boris Johnson’s conduct in relation to the £350m claims. It does not seek to overturn the referendum. The judge specifically found that the suggestion that there was a political purpose was ‘no longer pertinent.’

6.      The judge also must consider any other relevant circumstances. They were all considered.

The judge therefore was only addressing these limited issues. She had to decide whether they were satisfied and whether Mr Ball’s private prosecution should be allowed to go to the next step, which is the issuing of a summons requiring Boris to attend court. She did this in a detailed written judgment.

This does not make her ‘stupid’ ‘muddle headed’ or ‘dopey’.

She is simply doing her job that she must be able to do without interference from politicians or journalists some of whom have vested interest.

The trail itself will be intgeresting...