If the insurance industry was in need of a high profile advocate it has found one in the shape of a Supreme Court judge no less.

Lord Sumption was elevated to the Supreme Court in 2012, directly from the bar. In 2005 he appeared in The Lawyer’s list of barrister’s earning more than £2m a year. 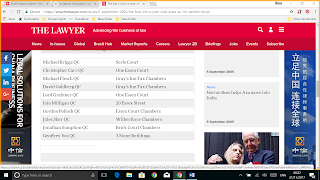 Interestingly in the late 1970s he co-wrote a book called Equality with the late Keith Joseph, member of Margaret Thatcher’s cabinet. I haven’t read it (!) but according to an enthusiastic Amazon reviewer –

‘To a considerable extent the book is an expose --- an expose of the woolly thinking, bad logic and incredible assumptions that have underlain the utterances of those who advocate economic equality. Nor is it merely a critique of extreme egalitarianism. The logic is as bad and the assumptions as untenable whether it is complete or only partial equality that one wishes to enforce.’

All of this brings me to his recent speech to the Personal Injury Bar Association (PIBA). In the speech, entitled -  Abolishing Personal Injury Law – A Project, he launched a full-on broadside against victims. He firstly called for removal of indemnity as the basis for compensation and to replace it with some sort of tariff, in the hope of removing ‘small claims’. Damages for pain and suffering can be abolished save for those suffering long term injuries.

Most alarmingly he called for a re-think on the basis for calculating loss of earnings. He suggested that such claims might be linked to a reasonable standard of living rather than replacement of actual earnings.

This is something which defendant bodies have been advocating recently.

It is hard to imagine a more damaging proposal. So, a doctor on a reasonably high income becomes unable to work due to a motor accident. She still has a mortgage to pay. She may well have a nice house but why should she lose it because of someone else’s bad driving. This sounds like a call for punishment of victims.

His Lordship did not conceal his sympathy for the beleaguered insurers –

‘Thirdly, although the taxpayer has a bottomless pocket, insurers do not. Beyond a certain point, the cost of rising claims volumes cannot simply be piled onto premiums and begin to erode profits.’

All of this was said against the background of our current ‘fault’ based system which tended to favour claimants.

Some may agree with his views. Many will disagree, particularly among those who fight for justice for those who are injured. He is entitled to his view and to express that view.

But it is still disturbing to hear one of our most senior judges openly flying the flag for insurers. 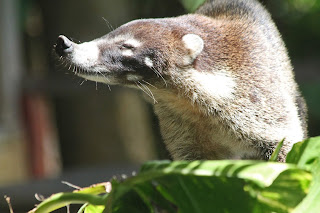 This slightly unusual post has been inspired by two things.

The first was my decision to re-join the trustees of North West Legal Support Trust (NWLST). This trust will be known to many readers. We organise the Legal Walks across the region and other initiatives to raise finds in support of agencies which off free legal advice and assistance to those in greatest need.

This desperate need was recently highlighted by the shocking statistic that there has been in drop of 99.5% in the numbers of people receiving state funded legal assistance in benefits cases. When you think that in the days before legal aid was virtually wiped out, 80% of benefit appeals were successful where there was representation, this quite shocking –


The second thing was a TV programme I saw on the National Geographic Channel last week about the Photo Ark. Photographer Joel Sartore is on a lifelong mission to take and post pictures of every living creature! His gallery is stunning. I am a keen photographer although not in his league! –

So these two things together have led me to set myself a challenge!

Starting on 15th November I began a challenge to post 1000 wildlife photographs in 12 months. These will all be mainly new photgraphs. However I will post some from my existing collection.  This is because I will not be travelling to places like Australia, USA and Egypt between now and November and there are some interesting creatures who will miss out! And 1000 is a big challenge!

Each photograph will be of a different species – no repetition but i will allow a male and female - if it is good enough for Noah!  The challenge will be helped by my recent trip to Costa Rica and Panama! I am doing this with three things in mind –

To  hone my photography skills – I certainly aim to be producing higher quality photos by November 2018,

2.     To highlight the magnificent beauty and diversity of nature which has never been under greater threat,

3.     To raise funds for NWLST for Access to Justice. From the start of the project I will be pestering people for sponsorship. A penny a picture will raise a tenner and so on. Some might want to sponsor the entire project. Every penny raised will go to the Trust. I will post details shortly. In November 2018, I am planning to put 12 of the best onto a calendar to sell and raise further funds. I will be posting the photgraphs on Flickr, across Social Media and of course on this blog!
I
As a taster, here are some recent shots from Costa Rica. So watch this space! Please also let me have any thoughts, comments or advice! 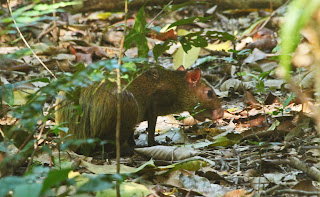 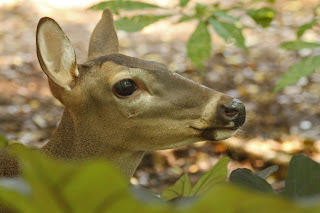 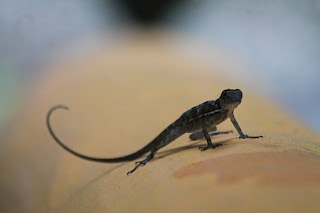 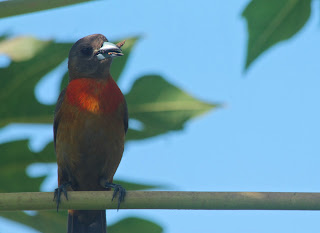 Sometimes ranting about justice isn’t enough. The government should do the honourable thing and reinstate legal aid. But in the meantime, something has to be done.
links


Posted by steve cornforth blog at 13:08 No comments: