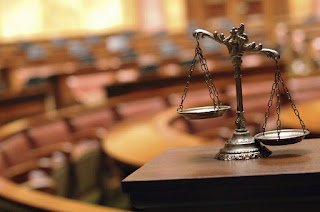 I sat down to write a post about today's momentous decision from the Supreme Court on Employment Tribunal Fees. But having read the judgment of Lord Reed I need do no more than quote these words on access to justice. I hope they are still quoted by teachers of law in years to come.

Courts exist in order to ensure that the laws made by Parliament, and the common law created by the courts themselves, are applied and enforced. That role includes ensuring that the executive branch of government carries out its functions in accordance with the law.

In order for the courts to perform that role, people must in principle have unimpeded access to them. Without such access, laws are liable to become a dead letter, the work done by Parliament may be rendered nugatory, and the democratic election of Members of Parliament may become a meaningless charade.'
Thank you!

www.stevecornforth.com
Posted by steve cornforth blog at 21:17 No comments:

What is the point of civil justice?

I can still remember my first legal rant. It wasn’t a blog. The internet was very much a new thing in 1999 when I wrote a letter to the New Statesman complaining about Lord Irving’s plans to abolish legal aid for Civil Proceedings. My rant was all about the price of justice v the value of justice.

Who could have predicted the downward spiral that would follow?

Last week, we received the news that our civil courts had recorded a profit of £100m. This would be encouraging if the point of justice was the generating of profit. There has been a growing attitude towards civil justice which has seen it become a commodity rather than a right. In 2015 Justice Minister Lord Faulks went as far as to say that litigation was ‘very much an optional activity’ –

I wrote at the time about a case many years earlier, in which I had instructed Faulks in a case where clients were seeking damages for their child who had been severely brain damaged at birth. What was optional about that?

The minister’s comments came in the context massive increases in court fees. Those increases are also at the heart of the profits that have been announced. Most lawyers do not need to be reminded about the level of those increases. In some cases the hike has been as much as 600%! It costs £10,000 to commence a claim for the most severely injured victims. Whilst there is a scheme for remission of fees it does not apply to everyone. In the meantime those fees deter all but the rich. In reality lawyers will pay the fees up front. But at those levels there is an obvious limit on how much can be loaned to clients.

One can see the logic of this if the idea of the exercise is to make money.

But is that really what we want? What is the point of having a justice system if ordinary people are excluded? The current President of the Supreme Court commented in 2013 -

“Cutting the cost of legal aid deprives the very people who most need the protection of the courts of the ability to get legal advice and representation."

In the continuing absence of legal aid, the imposition of prohibitive court fees adds insult to injury.

A civil justice system ensures that the rights of ordinary citizens are protected. That protection becomes a fantasy if those citizens are deterred by cost, especially when that cost is expected to generate a profit!

Imagine the outcry if a private business was exploiting the weak and vulnerable in order to make money!

So will see a reduction in court fees? Hands up if you’re not holding your breath.

Posted by steve cornforth blog at 09:16 No comments: