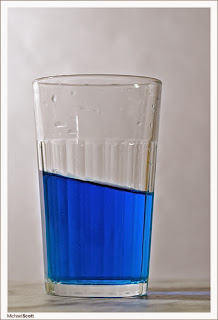 I have to confess to being an instinctive optimist. The glass tends to be half full. A lifetime as an Everton fan has occasionally led to blind, irrational optimism – but not this season!

But even I have struggled to find positives from the year gone by.

Here are just some of the changes that we have seen –

The world we can look forward to in 2014 will be very different from anything we have known before.

The only real comfort is that there is not much more that can be thrown at the profession. It is a bit like the scene at the end of Rocky where he is up against the ropes and having the living daylights beaten out of him. Not only does he survive but gets through four more movies!

The worst has been thrown at us and some, in fact most, of us are still here. It may be hard but those lawyers who are imaginative and robust will survive and even thrive again in time.

In the meantime let’s all enjoy Christmas. I’m looking forward to nice books/DVDs –

Have a great Christmas and New Year

www.eadsolicitors.co.uk
Posted by steve cornforth blog at 13:38 No comments: 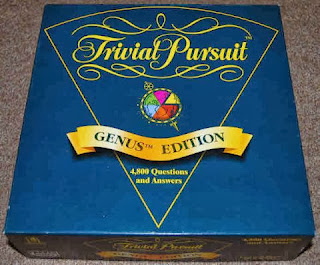 It is less than a month since the Court of Appeal decision in the Mitchell case changed, forever, the way civil litigation is pursued on this country.

This is the case where the Solicitors acting for Andrew Mitchell MP effectively lost any right to recover fees for the work done by them in connection with his defamation claim against The Sun. This was because they filed a budget at court 6 days late. The fees are likely to exceed £500k. It remains to be seen whether they will stay in business.

The upshot of the appeal is that any missed deadline is likely to lead to severe sanctions.

It used to be that a delay of a day or two would be permitted because we live and work in a real world where these things happen. Not anymore. The Court of Appeal did say that ‘trivial’ breaches might be forgiven but did not give any helpful definition.

Since that decision lawyers have been assessing the likely damage. One case has already come before the court and it is fair to say that the situation is bleak as we have predicted.

Romano v k Papers () Ltd was a routine claim for noise induced hearing loss at work. The court had ‘stayed’ the court action until February 2013 to enable the parties to try and agree settlement. Sadly the claimant’s Solicitors went out of business. New Solicitors acting for their administrators asked the court for more time. They were granted and extension to 17th June 2013 but the order stated that after that date the claim would be struck out. The new solicitor reviewed the file on 18th June and noticed to his horror that the date had passed. He immediately applied to have the case reinstated. Surely in all the circumstances a delay of just one day was ‘trivial’. Sadly not.

The case came before HHJ Gore who upheld the decision to strike out the claim in its entirety. The delay of just one day was not trivial. Who was prejudiced? The court administration, which had to find space in the diary for the hearing. The judge also dismissed submissions that the claimant was deprived of a fair trial under Article 6 of the European Convention on Human rights. The reason given was that the claimant could sue his lawyers.

So this is the new world in which we now find ourselves. A minor error can now have massive consequences which are totally disproportionate. The whole idea of a civil justice system is surely to resolve disputes in a way that is fair and ‘just’. Now it has to be one which does not inconvenience the court’s diary managers. The most chilling statement is the one that dismisses complaints of injustice by redirecting the claim to the lawyers. Most victims, especially in the more serious cases, want something more than just money. They want the person responsible to be held to account, they want answers to questions.  In short they want ‘justice’.

Solicitors firms have recently been through their insurance renewal process. This has been one of the toughest in history and a significant number of firms face closure because they either, could not get insurance, or could not afford massively increased premiums. I predict that many more will struggle next time around if the most trivial of diary mistakes or oversights put further pressure on the insurance market.

Very few of our senior judges have ever had to face any of these stark realities.

So we could end up with the terrifying scenario of firms going out of business and staff losing jobs due to the tiniest of errors.

Lawyers can no longer afford to be human.


Well we are at that time of year when we look back over the past year and predict what might await us in the year ahead. For many lawyers 2013 has been a year to forget. We have seen the removal of legal aid for most civil proceedings, the battering of criminal legal aid practitioners, swathing cuts in the amounts recoverable by victims of accidents to name just a few.

So the sooner we leave this year behind the better. But what might 2014 bring? Here are just some thoughts.

I certainly predict that the civil courts are going to have a busy time. This is despite all of the efforts of the government and their friends in the insurance industry to deter claimants. This will partly be driven by the recent Mitchell case that I mentioned a week or so ago –

The clear message of that case is that we have moved from the administration of justice to the justice of administration. Justice will no longer rule the day. Filing documents on time now trumps everything. The most marginal of diary errors can lead to legal claims against solicitors. This is at a time when the indemnity insurance market is tougher than it has ever been. Who knows who will get insurance next time around. Firms will be totally focussed on avoiding these issues and it is likely that the courts will be overwhelmed with applications for extensions of time in anticipation of any possible delay. Dealing with these administrative applications will take up huge amounts of court time that would be better spent dispensing justice.

But we will also see a big increase in the number of trials in Personal Injury Cases. For cases after April 2013 we have a costs regime known as Qualified One Way Costs Shifting (QOCS). This follows the abolition of the right of claimants to recover the premiums taken out to protect themselves against the payment of legal costs to other side if their case fails. The Ministry of Justice has dealt with this by removing the winning party’s right to recover legal costs of they win. This will have a double effect on the way litigation is pursued. Firstly, the drastic cuts in recoverable legal costs have been a deterrent to out of court settlement in any event. But QOCS means that far more cases will go to trial. If a claimant does face any significant risk of adverse costs if they lose then they might as well carry on as far as they can.

At present, a claimant has to pay a Hearing Fee of just over £1000.00 as a case approaches trial. This is repayable if the case settles. In a consultation document published last week the government propose abolition of that repayment which is another disincentive to settle before trial.

Trials in civil cases have become the exception over the last 10 years or so. That will certainly change as these reforms take full effect.

The overall effect of these ‘reforms’ is likely to be a big increase in the cost of litigation. The intention was supposed to be the opposite. But as litigants are forced through more and more hoops to secure justice the cost is likely to go through the roof.

Last week’s consultation says that the civil courts’ system costs the tax payer about £100m a year. That is about £1.50 per head of population of the UK. Most people I know are prepared to pay a fair price for a fair system.

Posted by steve cornforth blog at 13:33 No comments:

Keeping Tweeters out of trouble


I have gone on and on about the legal dangers faced by all of us who use Social Media.

How many stories have we read about those who have tweeted without thinking and landed themselves in hot water?

Most recently there has been the conviction of Emma Way. She hit a cyclist with her wing mirror knocking him into a hedge and causing minor injuries. It was a fairly routine accident which would normally have passed us by. But she then told the world on Twitter;

"Definitely knocked a cyclist off his bike earlier. I have right of way - he doesn't even pay road tax! #Bloodycyclists."

She was prosecuted for failing to stop after and accident and for failure to report it. It is no great surprise that she was convicted and fined. But for the tweet the cuclist would probably, not have taken it any further –

This was real case of tweeting without due care and attention –

Even more serious problems have arisen when comments on court cases have endangered the chances of a fair trial. I blogged back in August about the two jurors who were imprisoned for posting comments about ongoing trials –

This has led the Attorney General to publish warnings about the consequences of posts that might prejudice a fair trial. Such guidance is already provided to the mainstream media. Such is the power of social media that the same information will be provided on twitter. He has acknowledged the growing influence of Facebook and Twitter - "Blogs and social media sites like Twitter and Facebook mean individuals can now reach thousands of people with a single tweet or post," He also explained that the intention was enable posted to comment without getting themselves into trouble - "I hope that by making this information available to the public at large, we can help stop people from inadvertently breaking the law, and make sure that cases are tried on the evidence, not what people have found online.”

The warnings will appear on Twitter at @AGO_UK. It might be a good idea for all regular tweeters to follow that particular site. What this means is that we all have the capability to comment on local and world events and to reach thousands within a few minutes. This is clearly good for democracy.

But it also means we have a responsibility – to others and to ourselves. It we can only grasp the power we hold in our hands then we will remind ourselves to think before we tweet!!

Posted by steve cornforth blog at 14:02 No comments: