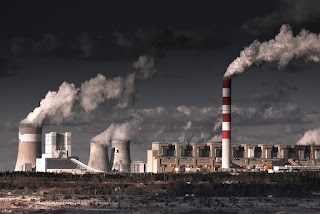 If you only ever heard the voices of insurance companies you could easily believe that lawyers who act for accidents and occupational disease are entirely responsible for the escalating costs of litigation. This is turn means that they are responsible for high insurance premiums. This in turn means that the government feels the need to ‘crack down’ on the so called compensation culture.  It also leads to a distorted view of the real world. One leading business figure in Liverpool recently commented that ‘the no win no fee culture is a stain on modern society’!


Over the last 3 – 4 years it has become increasingly difficult to secure justice for victims.


So how about a story that redresses the balance. This is a case dealt with by EAD Solicitors. The names have been changed but every other detail is real.


Mr Smith complained of noise induced hearing loss caused by his work. Initial investigations confirmed that he did have some NIHL. He had worked in noise with 2 employers. A claim was intimated against both. It was not a huge value claim. At an early stage a Part 36 offer of £5,500 was made to both Defendants, D1’s share of which is £1,481.70 and D2’s share is £3,653.10, plus there was a small element that was not recoverable because of Holtby. D2 settled within a few weeks.


D1 argued causation and refused to settle. Court proceedings were issued. A second Part 36 Offer of £1250 was made. This was rejected. The court approved the instruction of a single joint engineer and allowed D1 to instruct their own medical expert. The engineer confirmed unprotected exposure to noise exceeded 90dB. D1 instructed a well-known ENT expert who argued that any hearing loss suffered by Mr Smith was de minimis and not therefore compensatable. He maintained that view following a joint meeting of medical experts. The matter progressed to a 2 day trial earlier this year. D1’s expert gave evidence. He made some concessions during cross examination. He then stated that he had changed his view substantially in recent months. He referred in particular to a paper that he had recently read. This took the Mr Smith’s lawyers and experts by surprise. The judge adjourned the trial for further reports from both experts.


Posted by steve cornforth blog at 14:01 No comments:

In praise of independent judges

Remember last year when the first panel of judges who heard the BREXIT case were scandalously described as – 'Enemies of the State'. I commented at the time that what the courts did, was assert the supremacy of parliament –

That whole debate emphasised the need for a strong independent judiciary.

We have seen two examples of that over the last week or so. In the celebrated Supreme Court Judgment in relation to Tribunal Fees, the judges unanimously reminded ministers of the need to understand the rule of law and in particular of the right of ordinary people to access justice. I quoted part of Lord Reed’s judgment last week but one section should be repeated over and over again –

‘Courts exist in order to ensure that the laws made by Parliament, and the common law created by the courts themselves, are applied and enforced. That role includes ensuring that the executive branch of government carries out its functions in accordance with the law.

In order for the courts to perform that role, people must in principle have unimpeded access to them..’

This is one of the most powerful statements of the role of the courts that I have ever read.

He went on to say that without such access, our entire democratic process was at risk of becoming a ‘meaningless charade’.

Can I just say in passing that this was the heart of the judgment? The tribunal fees case was nothing to do with opening the floodgates to spurious claims as has been claimed by some unhappy commentators. Fees were unacceptable because ordinary people could not afford them –

’The fall in the number of claims has … been so sharp, so substantial and so sustained as to warrant the conclusion that a significant number of people who would otherwise have brought claims have found the fees to be unaffordable.’ (Lord Reed)

The second example is the remarkable statement by our Senior Family Judge, Mr Justice Munby in the case of X (A Child). This is the case involving a teenager who is at serious risk of taking her own life if a suitably supportive placement is not found. The problem is that no such suitable placement can be found –

“We are, even in these times of austerity, one of the richest countries in the world. Our children and young people are our future. X is part of our future. It is a disgrace to any country with pretensions to civilisation, compassion and, dare one say it, basic human decency, that a judge in 2017 should be faced with the problems thrown up by this case and should have to express himself in such terms.”
He expressed shame and embarrassment that there was no safe place for her -
‘as a citizen and as an agent of the state; embarrassment as president of the family division and, as such, head of family justice’

His comments have been reported across the media. This reminder of the needs of young people in a similar position have hopefully shocked us all into saying that this is not acceptable. Despite being the most powerful Family Judge in the land, he was unable to order a placement that did not exist. But what he has done is use that important position to shake us into action.

I can think of some places where these judges would be in personal danger for what they have said over the last week or so.

Our judges are not enemies of the state. They are not perfect. They make mistakes. But society is in trouble without them. And it is equally in trouble if people are prevented from accessing them.

Posted by steve cornforth blog at 12:09 No comments: