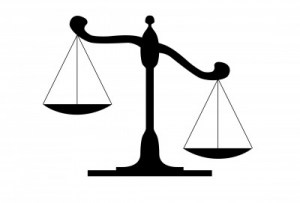 Earlier this week, I came across two interviews with the Minister of Justice, Chris Grayling.

The first was the one with Catherine Baksi of the Gazette that I mentioned in my last blog. The second was a TV interview on BBC North West following the protests in Manchester by lawyers opposing the competitive tendering for criminal legal aid work.

In the latter interviews he talked about the need for cost saving. We had the usual rhetoric about how much legal aid was costing the tax payer etc. This was why we had to see huge cuts in the amount spent on defence costs. What was alarming was that he said nothing about any need to curb prosecution costs. So if a person is arrested and charged they will face the full weight of the state’s resources. The best legal advice and representation will be available to the police. But the Defence will have to rely on whoever is appointed. And this will be the one who will do it the cheapest. We could one day end up with scenes like the one in My Cousin Vinny where the public defender is let loose on a witness –

The only difference is that it won’t be funny. What image do we associate with justice? Scales. Things are held in balance. That image might need to change as the resources on one side become massively weighted in their favour. The state is never reluctant to spend huge sums on legal costs when it wishes. The same resources should be available for those who have to defend themselves; those who are innocent until proven guilty. And we know from many high profile cases that many are in fact innocent.

‘I don’t believe that most people who find themselves in our criminal justice system are great connoisseurs of legal skills. We know the people in our prisons and who come into our courts often come from the most difficult and challenged backgrounds.’

Even if we ignore the obvious insult to the intelligence of many defendants; that statement is simply not true. It overlooks the assistance available to help defendants find the right lawyer. There are many advice agencies, web-sites, local law societies and elected representatives who will point a defendant in the right direction. My firm does not do criminal work of any sort. But if we receive a call from somebody requiring expert advice we know exactly which firms to recommend. Many lawyers have spent years refining their skills to enable them to offer the best possible service. Now they have to give way to the cheapest.

This present controversy is about criminal law. But we are seeing the balance shifting in favour of the state in many areas. It is become almost impossible to challenge welfare benefit and immigration decisions. Even the historic right of judicial review is under threat.

I fully support those who oppose these ill conceived and unfair changes and hope that the minister will listen. But I am not holding my breath.